Watching this energetic bhangra dance to an energetic Bollywood track might make you think this music video is from a stage show in India.

The traditional folk dance originated in the northern Indian state of Punjab to celebrate the harvest season and is now a staple of many Indian weddings. But on Saturday May 7, the popular Indian dance form was performed at a government event right here in Dubai to mark World Labor Day.

Men dressed in bright green and yellow clothes and matching turbans danced to the rhythmic beats of Bollywood comic Badhai Ho’s ‘Morni Banke’ during the event held at a work ground in Al Quoz by the Standing Committee of Labor Affairs (PCLA) in Dubai. 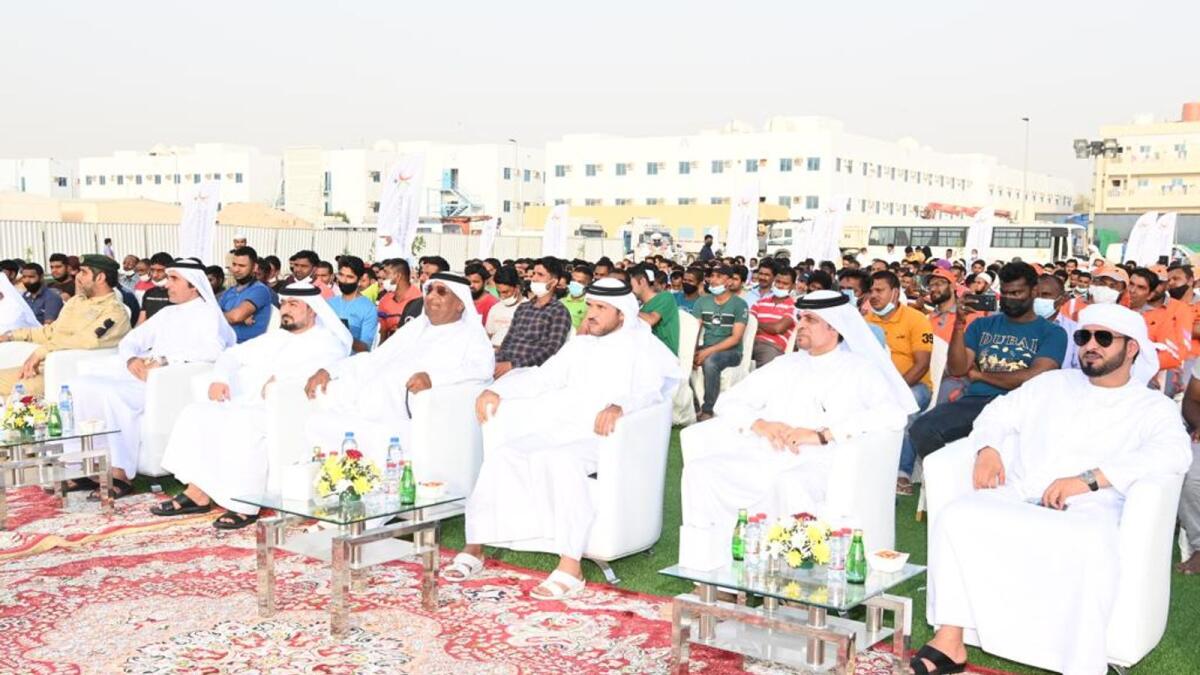 Major General Obaid Muhair bin Suroor, Deputy Director General of the General Administration of Residency and Foreigners (GDFRA) and Chairman of the Standing Committee on Labor Affairs in Dubai, referred to the workers as partners and praised their role in nation building.

“Workers are the backbone of our nation, so we had to be here that day. They work tirelessly to improve our daily lives. We appreciate what they are doing…they are our partners in our journey to build the country,” bin Suroor said. Khaleej times at the annual event.

“We showed our gratitude to the workers by dedicating an engraved monument to the names of 200,000 workers behind Expo 2020 Dubai. We are doing our best to create a good environment for them and provide them with a decent life,” he added.

Calling blue-collar workers “brothers”, bin Suroor said their department was always there to support them “with open arms and open hearts”.

Bin Suroor said the UAE has been a global role model for workers during the Covid-19 pandemic, in line with the Government of Dubai’s vision to make the emirate the best place to work in the world.

The PCLA is among the leading government organizations in the UAE working for the welfare of blue collar workers.

The committee distributed Iftar meals to the workers throughout Ramadan according to their preferences. During Eid, he gave them food and gifts. On Saturday, workers received goody bags containing basic necessities and personal hygiene items. They were also treated to an assortment of food, sweets, ice cream and cakes.

“We feel respected and appreciated,” said Rahim Baksh, a mason from Pakistan. In the photo below, workers are seen queuing for goody bags: 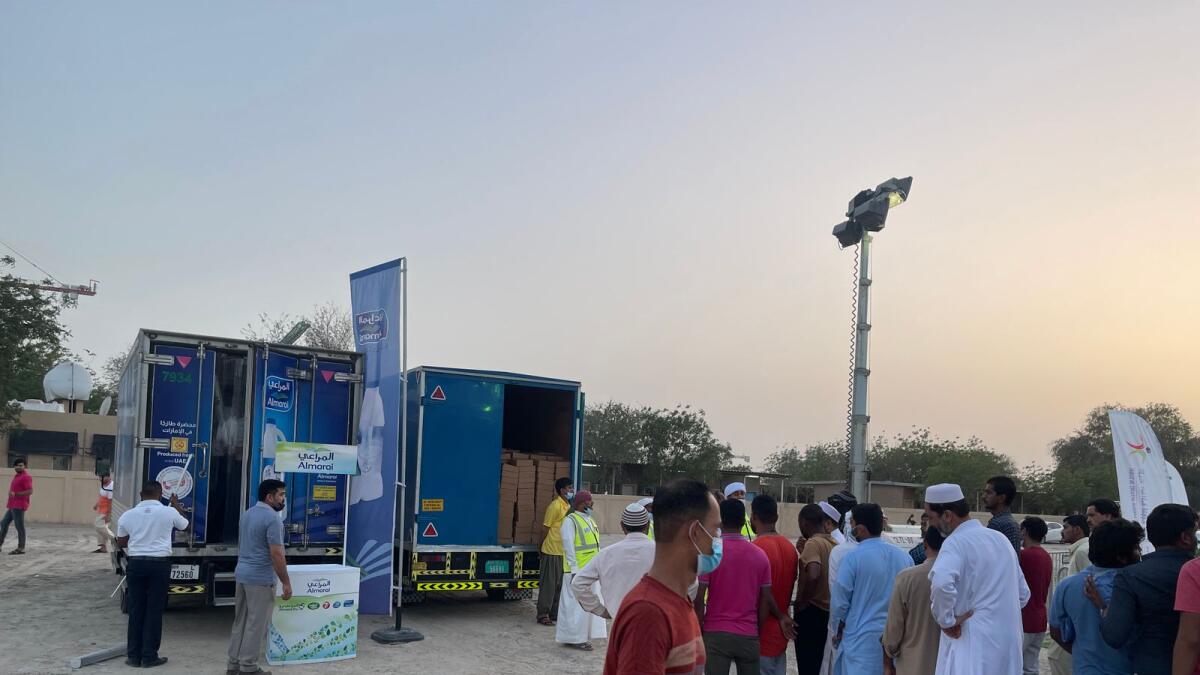 Abdullah Lashkari Mohammad, general secretary of the PCLA, said it was their duty to help the workers.

“We at PCLA are very attached to them because they are far from their families. We are not only their colleagues but also their friends. This connection helps us work together harmoniously to build a better future.

“It was fun to listen to the poetry and watch the performances. It reminded us of home,” said Satnam Singh, a construction worker from Hoshiarpur in Punjab.