Here’s an update from writer Stjepan Juras, who has written many Iron Maiden-related books. Juras was instrumental in helping former frontman Paul Di’Anno raise money for medical treatment in Croatia which prevented the loss of his leg.

Juras: “Dear world of Iron Maiden! As you know, the entire Iron Maiden fan community stood up and gave legendary vocalist Paul Di’Anno a helping hand. Iron Maiden and Phantom Music also joined this great action, but the grand finale was left to someone very special. Eddie, Edward the chef and his legendary father Derek Riggs contacted us! Derek and his wife Kim happily accepted my invitation and decided to present a special work of art that we will print on a t-shirt, accompanied by a special certificate.

The shirt will be unique and you have never seen anything like it before. Let’s remember; Eddie “killed” Paul on the Venezuelan edition of the live EP, Maiden Japan, and now he’s going to resurrect him and give him a chance for a new life on his own two feet. This shirt will go on presale on August 1, 2022, when all sent lots have already arrived at all addresses.

We can’t thank Derek and Kim enough, and our superhero Eddie has once again shown he has a big heart!

The MaidenCroatia.com/riggs page will start working from August 1st. You can order the last 50 bundles along with the previous t-shirt and signed Warhorse DVD single here.” 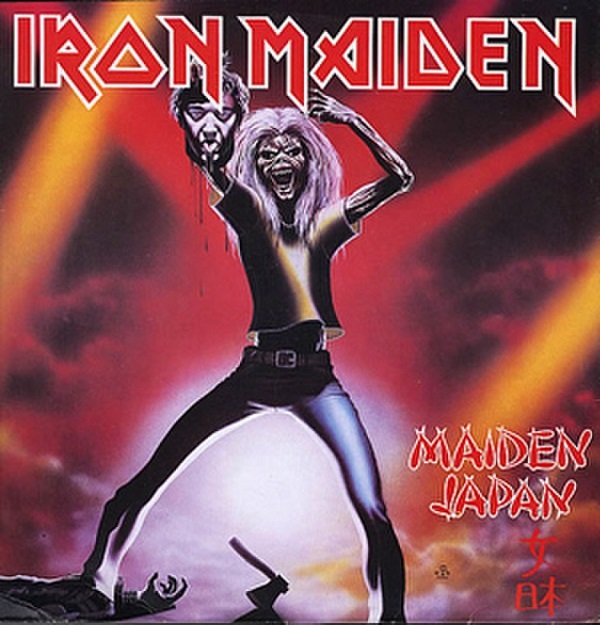 After seven years in a wheelchair and a difficult condition that could have resulted in the loss of his leg, Paul Di’Anno found salvation in Croatia. Since the end of November 2021, Paul has been undergoing treatment in Croatia, where he took his first steps in May after a series of lymphatic drainage treatments and daily physiotherapy. The complicated and long-lasting treatment was initiated by fans and friends who raised significant funds to restore his new life.

Kastro Pergjoni, owner of the legendary Cart & Horses pub where Maiden had its first performances, together with writer and huge Maiden fan Stjepan Juras from Croatia, launched an action which brought together thousands of fans from all over the world.

“I’m very happy to report that the Iron Maiden team have kindly agreed to cover the remaining cost of Paul Di’Annio’s surgery. Not only are Iron Maiden the best band on this planet, they are generous and supported by an incredible team. Following this fantastic news, I will close the fundraiser on June 21, 2022.

“I would like to express my huge thanks to everyone who donated, you all made a difference and made this happen for Paul. There are so many people and groups who have worked with me in the behind the scenes of this amazing journey I am so thankful and grateful to all of you, I would love to name each and every one of you but it would be an endless list because there are SO many of you, you are amazing!

“I wouldn’t have come this far without our designer Robert Stivicic, from start to finish on this fundraiser we’ve done some great merchandise – sorry for being too picky at times (ok all the time) but we Paul’s signed Warhorse bundles are still available, if you’re still interested in helping out, please order them before they’re all gone.

“Also, without Stjepan and Violeta Juras it wouldn’t have been possible, as they took a lot of their time to help, organize and support Paul in Croatia, especially with his daily needs.

“I would like to thank Paul for placing so much trust in me even though we had our differences (sorry Paul, all my decisions were based on the best interests of your health). The only thing I learned from this experience is that the Maiden family is truly special and I’m proud to be a part of it. I can’t thank you enough.🙏

“Let’s all wish Paul the best for his upcoming operations. Paul – see you soon in Croatia!”

On May 22, when Iron Maiden kicked off their 2022 Legacy Of The Beast World Tour in Zagreb, Croatia, bassist Steve Harris and Di’Anno reunited for the first time in years. A video was released with Di’Anno meeting Harris and band manager Rod Smallwood. Di’Anno sang on Iron Maiden’s first two legendary albums, Iron Maiden and Killers. Di’Anno has spent the past few months in the Croatian capital receiving lymphatic drainage treatment ahead of an upcoming knee operation.

A guest on The Metal Voice, Di’Anno recounted the meeting with Harris and Smallwood, calling it “quite emotional”. Check out the interview below.

Di’Anno: “It was great because first I met Steve’s sister, Linda, who I hadn’t seen in about 30 years. And then…Steve was amazing, then Rod too , it’s been my whole year , actually. It was fantastic. It was pretty awesome. It was pretty emotional. If this had been the first time we’d spoken together in 30 years, it might have been a bit weirder. But, like I said, we talk about football and stuff like that, and Steve has called me a couple of times from (his home) in the Bahamas.”