The hanbok, traditional Korean clothing, is modernized through the use of various contemporary models. The representative modern hanbok brand Leesle, represented by designer Hwang Yi-seul, who has 17 years of hanbok-making experience, has been worn by various famous celebrities, including world-class boy group BTS, comedian Yu JaeSeok and the Aiki dancer.

During a recent interview, Hwang expressed his intention to introduce clothes that can make anyone a “cultural evangelist” just by giving them as gifts. She says, “[Leesle] is a brand that conveys the charm of hanbok, which is not only worn on a special day, but makes every day special when you wear it, and is inspired by tradition. It is reborn as a user-friendly fashion, consolidating its mission as a brand selected as a cultural product of excellence for the seventh consecutive year.

Additionally, Leesle promoted hanbok by collaborating with MetaJoseon, known by his virtual character Somi, in the NFT sector. NFT stands for Non-Fungible Token, which is a digital file on blockchain that has uniqueness of specific asset.

MetaJoseon is a company that brings fashion that blends modernity and tradition into the metaverse through the company’s virtual influencer, Somi. Somi was ‘born’ in the Joseon Dynasty (1392-1910) but came to present-day modern times through a time warp. Hwang expressed his ambition to make hanbok part of global content by expanding his brand project to integrate hanbok in both the metaverse and blockchain technology through this collaboration.

“NFT is a trending issue all over the world these days. So we believe that if the manufacturing-based hanbok industry is converted into a blockchain-based digital industry, it will be a good step forward to ensure future competitiveness,” Hwang said.

Leesle said the controversy surrounding the opening ceremony of the 2022 Beijing Olympics led to the design of one of their hanbok based on traditional Korean culture.

During the opening ceremony of the Beijing Olympics, there was a controversy over cultural appropriation in which China viewed traditional Korean culture as the culture of one of China’s minorities.

“Our hanbok was designed to focus on ‘Korean culture’ rather than Leesle,” Hwang said. adding that nine of Somi’s profile-like NFTs are expected to be revealed soon.

“Our goal is to first try and make mistakes, then find ways to share our experiences with people who dream of the same challenge and experience the same thing with a little less failure,” stressed Hwang. 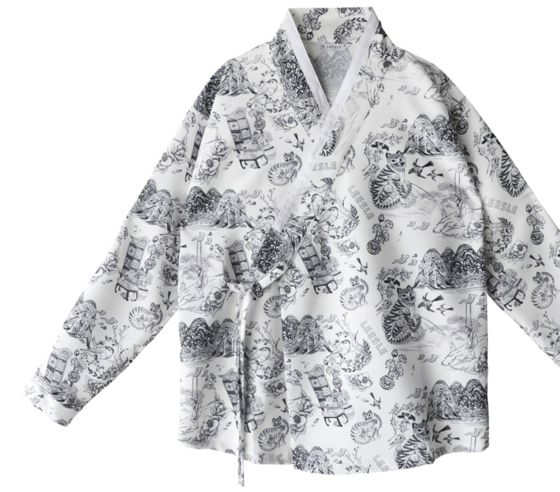 In addition to NFT-related projects with MetaJoseon, Leesle is involved in various efforts to globalize hanbok. Since 2016, for example, the company has been running a campaign that encourages people to wear hanbok when traveling abroad.

“This is a movement to bring hanbok to travel destinations, and product orders from overseas customers have increased significantly during the campaign,” Hwang said.

“Clothes are made to be worn, and if people hang them in a museum, they will become relics, not clothes. So we want people to wear them, not just see the hanbok as relics,” the chief designer continued.

In his constant attempts to popularize hanbok, Hwang also said his company hopes that people will not just criticize modern hanbok to undermine the special characteristics of traditional hanbok, but instead draw attention to it.

“We believe wearing hanbok is more important than whether modern hanbok is traditional or not.”

The 5 best clothes steamers, according to our tests