In what seemed like a perpetually rescheduled Ottawa tour date (which at one point had them opening for ’90s indie supergroup TUNS), Kiwi Jr. finally made it to the nation’s capital with a new album and tour mates. The addition of Weird Nightmare (side project from METZ frontman Alex Edkins) saw former ticket holders and opener fans braving the recent heatwave, congregating indoors for this eclectic bill.

DISHPIT bandleader Nora Kelly kicked off the evening with her titular band. Adorned with garish thrift store finds, Kelly weaved her way through a well-received set of cowpunk-inspired dishes that demonstrated the quartet’s gift for fusing tongue-in-cheek facade with authentic performance. 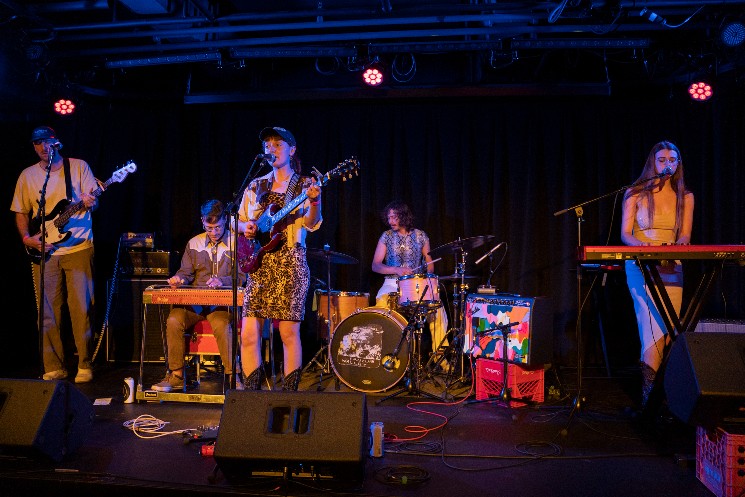 Taking with him Jim MacAlpine and Michael Catano of 90s Canadian math rock pioneers to North America, Edkins debuted tracks from his self-titled album Weird Nightmare. On a return to his hometown, Edkins addressed the bustling crowd, “Glad to be back at Club SAW. This place has changed my life for a good.” Moving through a tight 35-minute run of swaggering post-punk, the quartet pushed a select few into a sweaty mosh pit during “Lusitania,” while Edkins did most of the small stage, sliding through the windmill guitar strums during their spirited cover of Sparklehorse’s “Happy Man.” 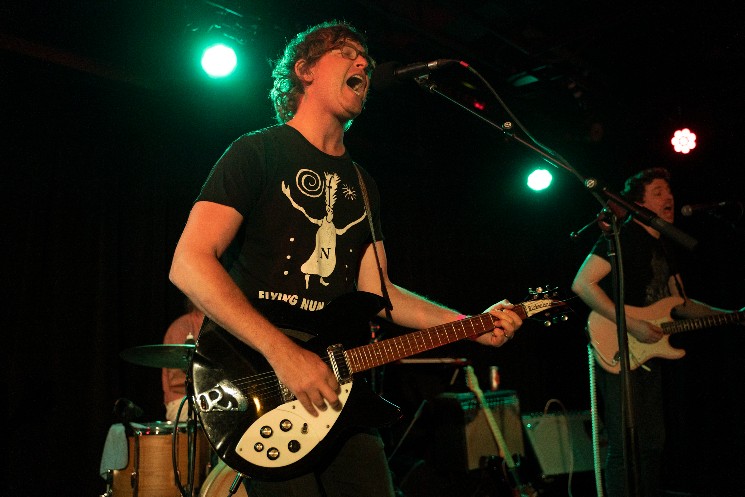 While much of the audience left the 285-seat club after the Weird Nightmare performance, those who remained crowded near the stage to catch Kiwi Jr.’s debut show from their upcoming LP, Chopperthe quartet found themselves in a position of trying to spin songs from last year Cooler Returns while debuting new material. Strumming his electric 12-string Fender Stratocaster through a wonderfully dispersed set that included renditions of “Domino” and “Nashville Wedding,” vocalist Jeremy Gaudet remained uneasy onstage, awkwardly returning to the same witticisms. about the excruciating heat inside the club.

After slipping into older material, including the beloved “Salary Man” from their 2019 debut, soccer money, Gaudet kicked into second gear, gripping his mic stand through the song bridge while rocking back and forth to interact with bassist Mike Walker. Feeling the surge, the quartet jumped straight into a dynamic rendition of “Nothing Changes,” leading the sweaty crowd through a mass dance. Capping off their all-too-brief 35-minute set with favorites “Cooler Returns” and “Waiting in Line,” Kiwi Jr. learned to embrace the searing heat and the small crowd, allowing himself to sweat through his office attire and deliver. a terrific fourth-quarter rock ‘n’ roll comeback. 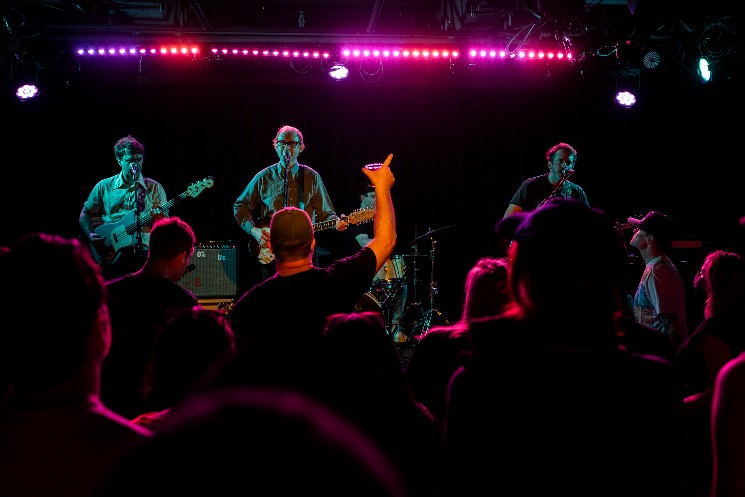