Why does Pep Guardiola have “mdcr” on his shirt on the touchline during Manchester City games?

PEP GUARDIOLA is one of the most cultured characters in world football.

The 51-year-old Spaniard, who is aiming for his fourth Premier League title with Manchester City, can regularly be seen on the touchline wearing a long-sleeved t-shirt.

And when he’s not barking instructions at his players, he often bursts into the technical area scratching his head for his next brilliant tactical idea.

Why does Pep Guardiola wear a t-shirt with ‘mdcr’ on the back?

Guardiola is one to wear a club kit combined with a casual jeans look. 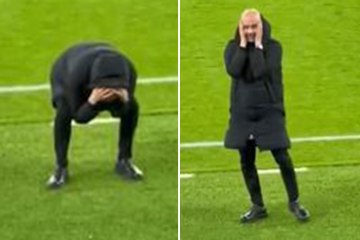 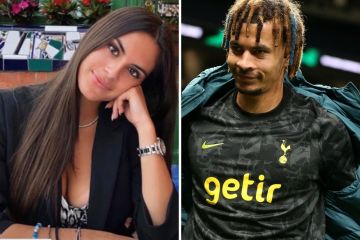 It’s a far cry from the days of the suit and tie favored by managers of yore like Sir Alex Ferguson and George Graham.

The range is part of a set of Manchester City clothing designed by Puma.

Guardiola has used his attire before to show off the names of his favorite charities.

During the 2020-21 season, he wore a hoodie with the Open Arms charity slogan.

What does ‘mdcr’ mean?

The four-letter abbreviation stands for ‘Madchester’, adding to the north-west England city’s reputation as a musical and cultural cauldron, where crazy things happen.

At the time, bands like the Stone Roses, Happy Mondays and Inspiral Carpets ruled the roost musically.

And then along came a band called Oasis, fronted by city-loving couple Liam and Noel Gallagher, who changed the face of British music forever.

But Madchester was also associated with massive raves and concerts taking place in the city at the time, many of which took place in warehouses and abandoned buildings that had been repurposed as concert halls.